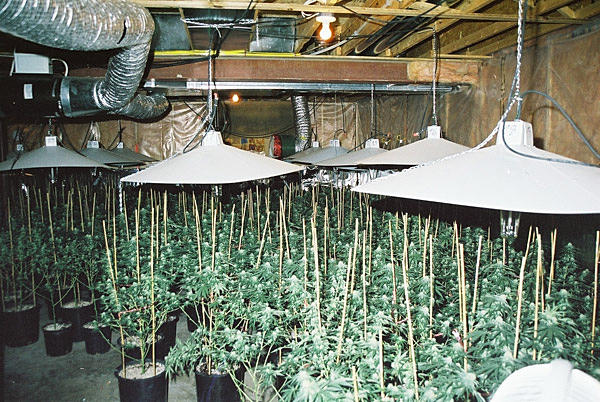 What is a Grow-Op?

A grow-op, short for “grow operation” is any building that has been leased or bought by persons in the drug trade and turned into an indoor nursery or hydroponics operation to grow marijuana plants.

A grow house is any grow-op located in residential buildings. Police estimate that there are more than 50,000 active grow ops in Canada today and the number continues to increase.

Damage Caused by Grow-Ops
To grow a hydroponic marijuana crop indoors, a number of “renovations” to the property may be required. Unfortunately, these renovations have the potential to cause defects to the structure of the property and repairs can cost several thousand dollars; in extreme cases, the house to be completely torn down.

Firstly, large amounts of water are required to grow a marijuana crop and growers need some form of ventilation to handle the excess moisture generated. This may necessitate modifications to the drain system or venting through the roof.

Secondly, the large amounts of moisture required to grow indoors can generate a considerable amount of mould and spores. There are also a number of noxious gases that develop in the process. Exposure to indoor mould has been associated with exacerbation of asthma in mould-sensitive people and with increased upper respiratory disease.

Thirdly, an enormous amount of power is required to run a grow operation and illegal cables may be hooked up to the power source for the house, drawing far more power than the supply transformer is intended to provide. Moreover, the lines are often cut to the power meter to prevent police and hydro companies from identifying the grow op; however, this is capable of killing someone who accidentally steps on them. Heavy power usage can overheat and reduce the transformer’s life, which can result in fires months or years down the road.

Lastly, the foundation of the property is often compromised in some way so that the electricity supply can be hooked up behind the meter, hiding the actual connection points and ensuring that the increased load is not detected. House wiring and lighting circuits are modified, overloading electrical systems and making the houses hazardous to entire neighbourhoods.

Identifying a Former Grow-Op
It is wise to never assume the location is too bizarre or inconvenient to be a grow op. Police have located grow operations in new housing developments, in large and small homes, in basements and attics, in high-rise apartments and warehouses and out-buildings. They have even been discovered in vehicles like tractor-trailers, campers, motor homes and railroad cars.

Grow-ops often require extensive cleanup and repair. It is possible that these repairs were never made and the real damage is hidden. Noticeable signs that you may be dealing with a former grow op include:


In Summary
Marijuana cultivation has grown considerably in popularity over the years simply because it is a very profitable business. The low risk and relatively lenient sentences continue to encourage growers and these operations are eventually becoming major businesses.

The unfortunate reality is that small independent grow operations are gradually being taken over by large international criminal enterprises. Marijuana is by far the most popular and widely available illicit drug in Canada and law enforcement agencies believe it is unlikely the current trend will change in the near future.
This website is presented by Barry Fence, Olga Pryce, and Alice Wong from Oakwyn Realty Encore.